Budget 2020 was widely expected to be a display of the Narendra Modi government’s resolve to foster economic growth, despite being constrained by fiscal deficit targets. In the end, it seems to have balanced the two.
Presenting her second union budget today (Feb. 1), Nirmala Sitharaman offered income tax doles to tax-payers in an attempt to boost their purchasing power and lift consumption.
There was also a substantial infrastructure spending push. “Rs100 lakh crore ($1.4 trillion) would be invested on infrastructure over the next five years,” Sitharaman said.
A jumbo Rs1.7 lakh crore was allotted to transport infrastructure, with plans for 100 new airports by 2024 under the regional connectivity scheme UDAN, high-speed trains, 2,500 km of highways, 9,000 km of economic corridors, and 2,000 km of coastal roads.
For the struggling rural sector, she allotted Rs2.83 lakh crore, besides announcing a 16-point action plan that includes doubling farmers’ income by 2022, special trains and flights for easy transportation of perishable farm produce, and strengthening of shadow banks.
The hope is that these measures will boost GDP growth from an 11-year low of 5% in financial year 2020 to between 6% and 6.5% next year.
However, financial markets seemed unimpressed—the benchmark BSE Sensex dived nearly 1,000 points (2.4%).
“There were no big bang agricultural reforms, which is disappointing, but the 16 proposed initiatives should have a positive impact on the agritech startup ecosystem,” said Mark Kahn, managing partner at the Mumbai-based venture capital firm Omnivore.
The finance minister relaxed fiscal deficit targets but there was no profligacy.
Fiscal deficit, the gap between expenditure and revenue, for the financial year 2020 will now stand at 3.8% of the GDP, a 0.5 percentage point slippage over the original estimate of 3.3%. Next year, too, there will be a deviation: 3.5% as against the projected 3%.
The higher deficit this year is mainly on account of lower revenues owing to the slowdown and receipts forgone (Rs1.45 lakh crore) following the corporate tax cut announced last September.
The budget announced a new, optional income tax regime, amounting to a further revenue dent. “The new personal income tax rates will entail estimated revenue forgone of Rs40,000 crore per year,” said Sitharaman.
There was also a removal of the dividend distribution tax (DDT) levied on companies when they pay dividends to shareholders. This will lead to an additional loss of Rs20,000 crore.
The finance minister, however, was mindful of the fiscal deficit widening too much. Revenue mop-up measures such as the initial public offer of insurance giant Life Insurance Corporation of India (LIC) were announced.
“Fiscal deficit target and nominal GDP target (10% in financial year 2021) seem to be practical,” said Shashank Khade, co-founder and director, of the Bengaluru-based investment advisory firm Entrust Family Office. “While the government has missed an opportunity to provide a near-term impetus to an economic revival, the lack of negative surprises will go down well with stock markets in the medium term,” he added.
02

Budget 2020: A Precious Little Something for Everyone 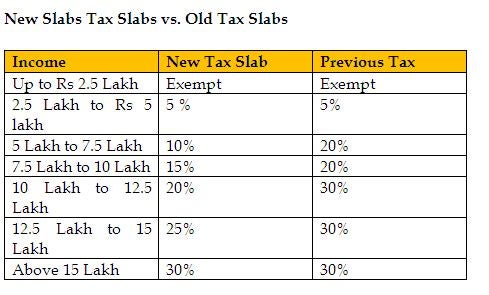 The FM has mentioned scrapping of 70 deductions out of total 100+ under the new regime; the fine print is yet to be disclosed. While on the one hand Union Budget 2020 puts more money in the hands of taxpayers by cutting tax rates, at the same time, it nullifies all tax benefits accrued from contribution to PF, PPF, SIPs in ELSS funds, life insurance premiums, Home loan interest payment and even your house rent allowance.
The real benefit for the individual taxpayer would highly depend on whether the new regime subsumes traditional long term tax benefit instruments such as tax benefits on Home Loan interest, investment schemes, and insurance products or not.
In either case, the option to stay with the old tax regime comes as a breather to the taxpayers. The government has currently presented the new tax regime as an optional move and taxpayers are currently free to choose between the proposed or existing tax rates.
Weigh both options and calculate the effectual benefit of the restructuring of tax-slab.
Another thumbs up are the abolition of dividend distribution tax (DDT). The dividends now will be taxed to the individual taxpayer, however at a marginal rate. In another middle-class focused move, the FM has extended the additional deduction of up to Rs 1.5 lac on the interest paid on loans for affordable housings valued up to Rs 45 lac by a year.
While all these moves will leave additional liquidity for taxpayers, the jury is still out on whether this extra spending power will fuel the demand side.

* The budget is based on seven resolutions, including Nirogi Rajasthan and efforts are being made so that development is not interrupted in the state despite various challenges, says chief minister Ashok Gehlot. * In the post-budget press conference, the chief minister said the budget was prepared on priorities like women, social security, youth and farmers. * Announcing 'no-bag day' in all government schools on Saturdays, the chief minister said cultural, sports, happiness therapy, scout and other activities will be conducted on Saturdays. * Jan Aadhar Card to facilitate public in 39 different schemes. * The budget proposes recruitment for 53,181 posts in different departments. * Rajasthan gets about Rs 10,000 crore less share of tax estimated by the Centre, from Rs 46,411 crore to Rs 36,039 crore. * No new taxes announced in the budget * District Lease Committee (DLC) rates have been reduced by 10 per cent. *MSMEs to get 100 per cent exemption from stamp duty * Dearness Allowance (DA) has been increased from 12 per cent to 17 per cent from July 1, 2019. Employees to get arrears from July 2019 onwards. * International standard auditorium will come up in Jodhpur * Rs 75 crore allocated for promoting start-up ecosystem. * DNA test laboratory will be established in Jodhpur and Jaipur. * Education sector gets over Rs 39,524 crore. * 1,683 new police vehicles will be purchased. * It will be mandatory for private hospitals to treat those injured in such cases, and if the treatment is denied, action will be taken against the hospital: CM Gehlot * Parent-teacher meetings will be compulsory in all government schools. * Rs 3 crore allocated to forest department for purchasing fire tenders. * Saturdays to be "No Bag Day" in schools * Rajasthan iStart programme will be extended to BITS Pilani, MNIT, and IIT-Jodhpur * Coaching hub will be developed in Pratap Nagar, Jaipur. * Public Works Department gets Rs 6,220 crore allocation. * All Khadi institutions will be digitised. * Ultra mega solar park will be developed in the state. * Tourism sector gets Rs 100 crore for promotion. * Skill development centre to help youths in Jodhpur and Barmer find job opportunities in the hydrocarbon sector. * A new board proposed to attract investments. * Plug and play facilities for MSMEs proposed. * In order to promote sports, the chief minister announced to organise block- and district-level sports events and to increase the prize amount for those winning gold, silver and bronze medals in Olympic, Asian and Commonwealth games and hire 500 coaches to prepare players of international level. * For the Asian and Commonwealth Games, the chief minister announced to raise the prize amount from the current Rs 30 lakh to Rs 1 crore for a gold medallist, from Rs 20 lakh to Rs 60 lakh for a silver medallist, and from the current Rs 10 lakh to 30 lakh for a bronze medallist. * The budget proposes Rs 3 crore for gold medalists, 2 crore for silver medalists in Olympic Games. * More incentives for solar pumps under Kusum Scheme * Rs 7.2 core allocated to establish minority women hostels. * 25,000 new solar pumps to be set up. * Rajasthan govt to take strict action against food adulteration. Labs to be established in each district, fast track courts to be set up: CM Gehlot * Rs 100 crore allocated for Nehru Bal Sanrakshan * Homoeopathic university to be established in Ajmer and Jodhpur. * 100 new agriculture mandis to be created. * Heath sector gets Rs 14,437 crore. * 300 agricultural equipment hiring centres will be established. * New law to be legislated to curb food adulteration. * Agricultural equipment will be provided on rent. * Ashok Gehlot announces Rs 3,420 crore for farmers. * 15 new medical college to be opened in the state. * Rs 100 crore allocated for nirog (healthy) Rajasthan. * Mother and child care centre will be established in Osia near Jodhpur. * These resolutions are healthy Rajasthan, prosperous farmers, welfare of women, children and elderly, capable labourers, youth-students, education, water power and roads, skills and technology, says the chief minister. * For us the entire Rajasthan is like a family. For this family, I want to make seven resolutions as priorities of this budget, says Gehlot. Presenting the budget for FY2020-21 in the Rajasthan assembly, Gehlot refers to the public welfare measures in the last budget, and says that his government has tried to present a concrete action plan in this budget
Contents