Bhagat Singh -whose sacrifice his life 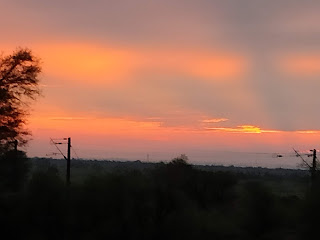 The ledgened of Bhagat Singh 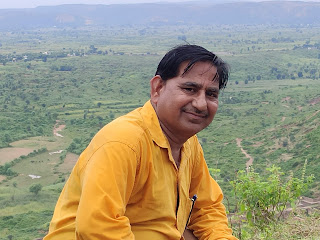 Reclaiming the legend of Bhagat Singh

The shenanigans of the past week have pitched the martyred triumvirate of Bhagat Singh, Shivaram Rajguru and Sukhdev Thapar opposite Hindu ideologue Veer Savarkar as long gone nominees for the Bharat Ratna, looking to add to the growing track record of posthumous conferments of the country’s highest civilian award.
While these endowments have mostly occurred within a few years of an honouree’s demise, towering personalities like Vallabhbhai Patel, Jayaprakash Narayan, Gopinath Bordoloi or Madan Mohan Malviya have been bestowed their Presidential citations decades after their passing, often by partisan-minded governments attempting to score political points (as is essentially the case this week).
New production

Almost on cue, but likely programmed weeks in advance, a musical based on Singh’s short but impactful life will open this weekend as part of this year’s edition of the annual Prithvi Theatre Festival. Presented by the events company Tamboo, Gagan Damama Bajyo is written and directed by Piyush Mishra. Quite appropriately, the title refers to a Sikh battlefield refrain attributed to Kabir in the Guru Granth Sahib.
Penned in 1994, and helmed by N.K. Sharma for his theatre group, Act One, the play has since seen umpteen iterations — it is one of Mishra’s most performed scripts, alongside his Broadway adaptations in circulation. This new production marks the first time Mishra has taken over the reins of his play, and it comes after a hiatus of 16 years from the stage. In that period, the actor-composer has consolidated his position as one of Hindi cinema’s most multi-faceted talents.
The meticulously researched Gagan Damama Bajyo contributed substantively to Raj Kumar Santoshi’s historical, The Legend of Bhagat Singh (2002). The film’s dialogues were Mishra’s first writing credit for cinema. Tamboo’s revival opened in Delhi in September at the Shri Ram Centre. In keeping with the abbreviated life span of its subject (Singh died at just 23), it has a youthful cast of actor-singers who bring to the fore the idealism and passions of a new generation of non-conformists who attempted to take their country’s destiny into their own hands. There are only two female actors in a cast of sixteen, with Singh’s fiancée, Mannewali, making a fleeting but crucial appearance. The play, opens with the lamentations of a mother who has lost her sons, and is seen through the eyes of Shiv Verma, the last man standing among Singh’s collaborators when the play was first staged (Verma passed away in 1997).
Documenting struggle

The play’s narrative is completely non-linear, and Verma’s recollections take us all the way back to the tumultuous years from 1925 to 1931. The Kakori train robbery, the Central Assembly bombings, the inadvertent killing of John Saunders, the hunger strike in Lahore prison, and finally, the execution of Singh and his associates, all throw up a constellation of memorable characters in crisp white shirts and brown trousers — many of them young revolutionaries who have etched an indelible space for themselves in India’s freedom struggle. Mishra’s compositions are songs of rebellion that will emotionally amplify the fervour of a lost tribe’s allegiance to an unborn nation.
A telling phrase from the blurb states that the play, “breaks the fundamentalist image of [Singh] that people currently overuse and instead, shows him as a friend, a son, a lover and an intellectual.” Singh’s well-documented refusal of clemency stands in sharp contrast to Savarkar’s decamping from the freedom struggle, once released by the British from a colonial prison in Port Blair. There is great irony, therefore, to the latter being hailed as a nationalist icon by the powers-that-be. Singh’s patriotism was beyond reproach, but his strident ideological moorings of universal brotherhood, anarchism and atheism would mark him out as a stark misnomer in today’s political climate, which calls the lie on those across the left-to-right political spectrum who’ve tried to assert ownership over his legacy time and again. In restoring Singh to his every-man roots, Mishra’s play would likely allow him to be claimed by ordinary folk who lie outside these affiliations.
Gagan Damama Bajyo will premiere as part of the Prithvi Theatre Festival on November 3 at the Royal Opera House and be staged at Prithvi Theatre on November 4 and 5. For more details, see bookmyshow.com
02

Bhagat Singh death anniversary: 7 movies based on the life of Bhagat Singh

India’s famous freedom fighter Bhagat Singh sacrificed his life for the freedom of our country. He was just 23 years old when he along with Sukhdev Thapar and Shivaram Rajguru sacrificed their lives for India’s independence from the British rule on March 23, 1931. Bhagat Singh, Sukhdev, and Rajguru are considered one of the most influential revolutionaries. Even 87 years after their execution, their lives remain a great source of inspiration. The lives of these freedom fighters have not only inspired India’s independence movement but also Bollywood. Over the years, their lives have been an inspiration for several Bollywood movies. Martyrs’ Day, also known as Shaheed Diwas or Sarvodaya Day, is observed on March 23. On the occasion of 88th Shaheed Diwas, we have compiled a list of 7 Bollywood movies based on the lives of Bhagat Singh.
Rang De Basanti (2006)Directed by Rakeysh Omprakash Mehra, the literal meaning of the title ‘Rang De Basanti’ is ‘Paint me with the colours of spring’. The film features an ensemble cast comprising Aamir Khan, R Madhavan, Siddharth Narayan, Soha Ali Khan, Kunal Kapoor, Sharman Joshi, Atul Kulkarni and British actress Alice Patten. The movie revolves around the life of a group of friends who work together on a documentary film on the revolutionaries.
aamir khan_rang de basanti
More

Shaheed-E-Azam (2002)The film ‘Shaheed-E-Azam’ features Sonu Sood essaying the role of Bhagat Singh. The film shows how Bhagat Singh decides to eliminate British Raj from India, how he plots several attacks on the colonial rulers and how the government sentences him to death for killing a British officer.
Story continues
Shaheed (1965)Directed by S Ram Sharma, ‘Shaheed’ features Manoj Kumar, Kamini Kaushal, Pran, Iftekhar, Nirupa Roy, Prem Chopra, Madan Puri and Anwar Hussain in lead roles. It was Manoj Kumar’s first patriotic film, followed by Upkar, Purab Aur Paschim, and Kranti. The film portrays the life of Bhagat Singh, Rajguru, and Sukhdev and how they went to the gallows at a young age. The sacrifices made by these revolutionaries eventually lead to India’s freedom from the colonial rule.
manoj kumar bhagat singh
More

Today is the birth anniversary of the legendary Bhagat Singh.

Today is Bhagat Singh's birth anniversary and this reminded us of the time when two films on the freedom fighter released on the same day. Bhagat Singh has always inspired generations to be brave and not fear the outcome when it comes to someone's love for his country. That inspired two filmmakers to come up with a cinematic ode to the legendary freedom fighter by telling his story. And guess what? Both of them released on the same day, June 7, 2002.
The Legend Of Bhagat Singh, directed by Rajkumar Santoshi, had Ajay Devgn in the lead. The other one was 23rd March 1931: Shaheed which had Bobby Deol played the lead. This film was directed by Guddu Dhanoa. While both the films did an underwhelming performance at the box office, Ajay picked up a National Award for his act. Check out the trailers of the films here...
Interestingly, five films on the freedom fighter were up for grabs during that time. Shaheed-e-Azam had released a week before these two films on Bhagat Singh hit the theatres. There were more ready to be screened at that time. The case was similar to how every filmmaker was interested to make a film on Battle Of Saragarhi. Ajay Devgn and Karan Johar both had that in mind. Randeep Hooda even wandered around in the garb of Havildar Ishar Singh for his own film. Mohit Raina shot a TV series for the same. When Karan didn't back off, Ajay dropped his idea of the film and moved on to Tanaji. Guess such a thing is nothing new for Bollywood